Enter to win a signed ARC copy of Deliverance!
(You won’t want to miss this.) 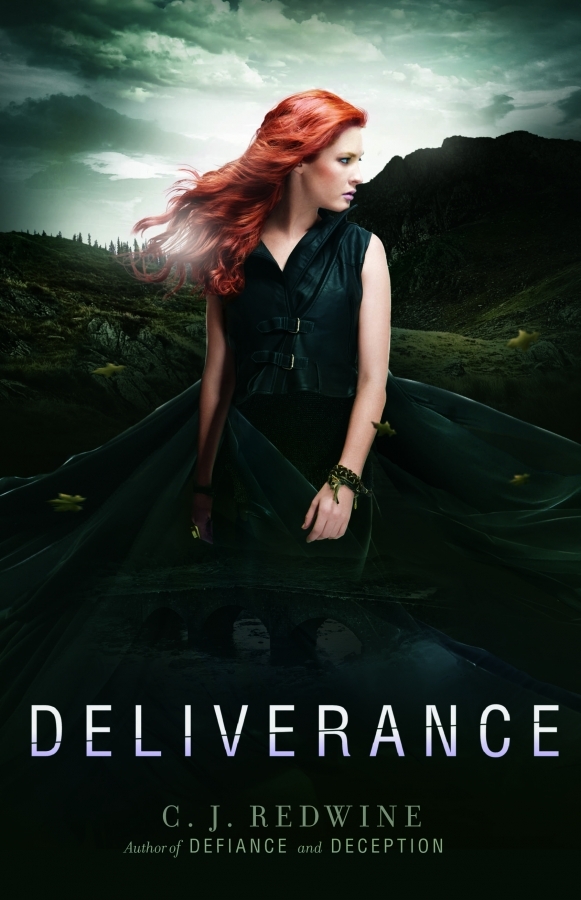 Everything hangs in the balance, and nothing is certain: Rachel has been kidnapped by enemy forces and is being taken to Rowansmark while Logan, imprisoned and awaiting trial, is unable to leave Lankenshire. Separated from each other and their Baalboden comrades, each must find a way to achieve what they desperately want: to rid their world once and for all of the Commander and the tech that controls the deadly Cursed One.

Fighting through her pain and embracing the warrior she’s become, Rachel will do whatever it takes to escape her enemies’ clutches and join Logan in his fight. But when she learns a secret that changes everything, she realizes that escaping Ian and his tracker friends is no longer an option if she wants to save the people she loves. Instead, she’ll have to destroy Rowansmark from the inside out—if she can survive the journey through the Wasteland.

Logan needs allies if he wants to thwart Rowansmark’s power grab and rescue Rachel. But securing allies will mean betraying his beliefs and enlisting the help of the man he hates more than anyone: Commander Jason Chase. Driven by his fierce love for Rachel and his determination to make their world safe, Logan may be just the weapon the city-states need to defeat the Cursed One.

But as Rowansmark bears down and uneasy alliances are tested, will Rachel and Logan’s love for each other be enough to surmount the unbelievable odds against them?

A worthy conclusion to this epic dystopian fantasy series.

Climbing down off of that cliffhanger Deception left us on, we find Rachel still injured and being dragged across the Wasteland by Rowansmark trackers—one of whom is especially bent on killing her. Logan, meanwhile, is forced to forestall rescuing her while he strikes off to amass an army with the excruciatingly hesitant “help” of the ever-vile Commander Chase.

Just when you think there can’t be anyone more loathsome than the obsessively brutal Commander, readers are introduced to the cult-leader-like Rowan and all of his manipulating sociopathic glory. (You know, just in case Logan’s vindictively psycho brother didn’t add quite enough crazy to the pot.) Ultimately, the overarching story begins and ends with the clash of these two madmen, and all of the lives caught in the middle of their deranged power struggle.

After the wanton good-guy slaughter of the second book in this series, this reader was jazzed with righteous indignation and eager to finally see some bad guys getting smote for a change. Redwine /really/ makes you wait for some satisfying taste of justice and closure in this final book—and without giving anything away, I can only say that she does deliver with that solid sense of closure.

For those most interested in the romance part of the plot, I’ll warn ahead of time that the vast majority of the story sees our hero and heroine kept separate from one another in all but thought. This reader found the division fitting, as they were both fighting different internal conflicts and coming to terms with their own personal demons, producing significant character growth as refined–and in many ways redefined–individuals. There’s no shortage of emotional depth, as themes of revenge vs. justice, misogyny, hatred, grief, healing, and sacrifice are explored with agonizing intensity.

Kudos as ever for the strong female characters, and the warning still so highly applicable in much of the modern world:

*”We walked through the streets with our protectors. We wore our dresses. We gave up our education because that was the price of safety. That was the bargain we made with the devil we knew to escape the devil we didn’t.” –Rachel

A few new character introductions round out the characterization, with the silver-tongued Lankenshire emissary, Conner, leaving a particularly vibrant impression. (Personally, this reader is hoping he gets his own book…or at least a novella. >.>) I’d love to know what happens to Samuel, but unless I missed something, that particular end didn’t seem to get tied up. (Potential room for another spinoff, there?)

After so much running around, near-misses, and a pretty significant twist, the wrap-up felt a bit hurried. But overall, the breakneck pacing and poignant introspection finished off this series on a memorable note. This reader will be more than happy to own the whole set. 🙂